Girls day out and a Saturdate! The sun’s up, day was bright and the much awaited golden holiday in Korea was on. As we started our long workdays off, we visited the one and a half kilometer cosmos flower field at Guri. 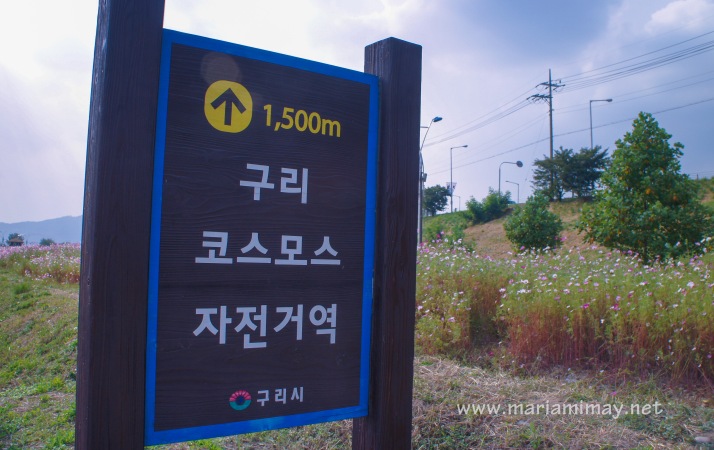 Situated along the Han river, this flower bed was a sight of soft pink and white color that was so pleasant to look at. Those daisy-like flowers were so fetching that even though the bikers passing by to this area were tempted for a break to strike a pose. 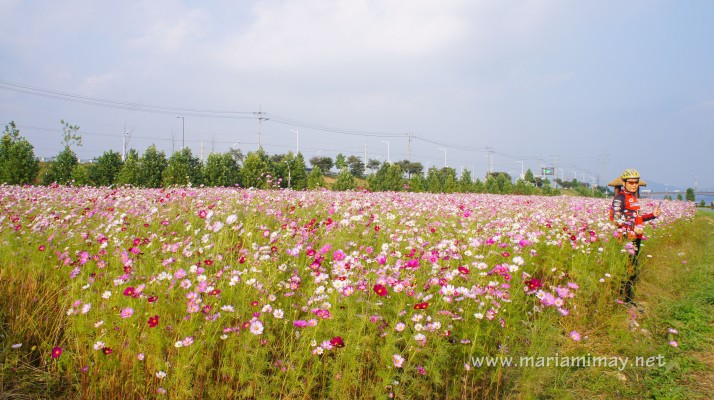 The flower field was open and over looking the Han river. Thus, the picturesque view was just delightful. As we storm this sea of flowers huge smile painted our faces because less crowd means more blithesome time for us. Hence, we had a huge load of pictures, videos and fun day.

Reaching out this place was so easy. We took the bus from Jamsil station and traveled about 8minutes only and a minimum bus fare. Here’s more for the direction. 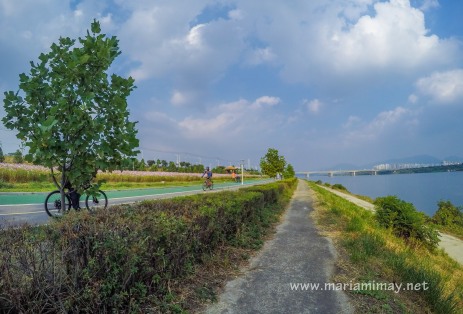 Jamsil Station Line 2…head to exit 7 (that’s the underground shopping center so just continue following the direction to the end of the underground until you see the escalator). Walk to the bus stop and wait for bus #1670, #1100, or #2000. Get off at Topyeong IC, it’s just right before Jamsil station, it’s an expressway and yes, it’s only 1 bus stop away. As you get off, walk forward to the pedestrian there’s the stairs going down. Walk to your right and you’ll see those pretty flowers. 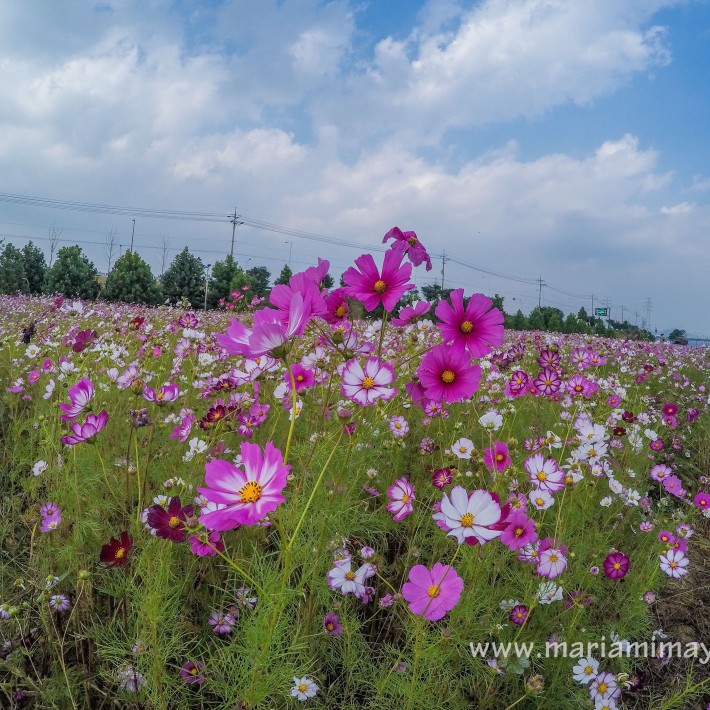 Cosmos flower sprung on October and lasts a bit longer and prettyfies the start of fall, so head up and strike your best pose with those in your background.